Home » BC Bud – The Best of British Columbia

BC Bud – The Best of British Columbia

Beautiful British Columbia is home to snow-capped peaks, picturesque coastlines and CenturionPro – the industry’s leading manufacturer of cannabis and hemp harvesting solutions. The cannabis community is not only intertwined in the fabric of the province, but its produce has cemented the region in the hearts of aficionados globally, with BC bud propelled to legendary status.

From the coffee shops of Amsterdam to the medical dispensaries of California, BC bud is celebrated for its exceptional quality that continues to this day, but why is cannabis cultivated in the Pacific Northwest so revered? The secret is in a very special blend of cannabis culture, climate and community, which drives industry innovation to new frontiers.

The origin of British Columbia’s illustrious cannabis culture can be traced back to the sixties, when conscientious objectors fled the US to escape the draft for the Vietnam war. Many had migrated up from the coast from California, where the Emerald Triangle was establishing itself as the beating heart of American cannabis cultivation. It is estimated 3,000 moralists made the journey north, many importing seeds collected across the hippie trail.

The hippie trail’s destination in South Asia typically crossed the Hindu Kush, the ancestral home of short indicas with higher concentrations of THC than strains smuggled from Central America. The heightened psychoactivity of these genetics was an instant hit, with seeds transplanted to British Columbia where they flourished in the elevated altitudes of Rockies and Cascades. The mountain ranges not only provided the extended sun exposure and clean glacial water conducive to cannabis cultivation, but their challenging terrain and sparse population made it discreet for clandestine grows.

In the early 90’s Vancouver’s first head shop opened downtown, selling bongs and paraphernalia, even though it was illegal to do so. What became Cannabis Culture was established complete with a newsletter championing decriminalization, with North America’s first cannabis-friendly consumption lounge opening at the location in 2001.  In 2012 a campaign was launched to decriminalize cannabis possession, which although unsuccessful collected over 200,000 signatures – the highest ever for a referendum in the province – and demonstrated the plant’s widespread tolerance.

Approximately the size of California, Nevada, Oregon and Washington combined, British Columbia plays host to a variety of microclimates, including Canada’s only desert. Averaging 30° in the summer, the Okanagan hosts orchards and vineyards, drawing comparisons with the Napa Valley, with an extended cultivation season empowering growers to achieve multiple harvests in a calendar year.

Cooler, but just as fertile to the East is the Kootenays. Nestled between mountains and provincial parks the communities of Nelson, Slocan and Castlegar have been supported by cannabis for over fifty years. Surrounded by Pacific Ocean and separated from the mainland by the Georgia Strait, Vancouver Island benefits from a temperate climate and air circulation needed for ocean grown BC Bud.

With medical legalization many producers went indoors, with designated growers supplying patients and the lucrative legacy market – where BC Bud was highly revered. Outdoor cultivation is still popular across the region due to its rich soil and meandering peaks, but much harder to conceal, with 100,000 plants destroyed by police in Merritt as recently as September 2020. 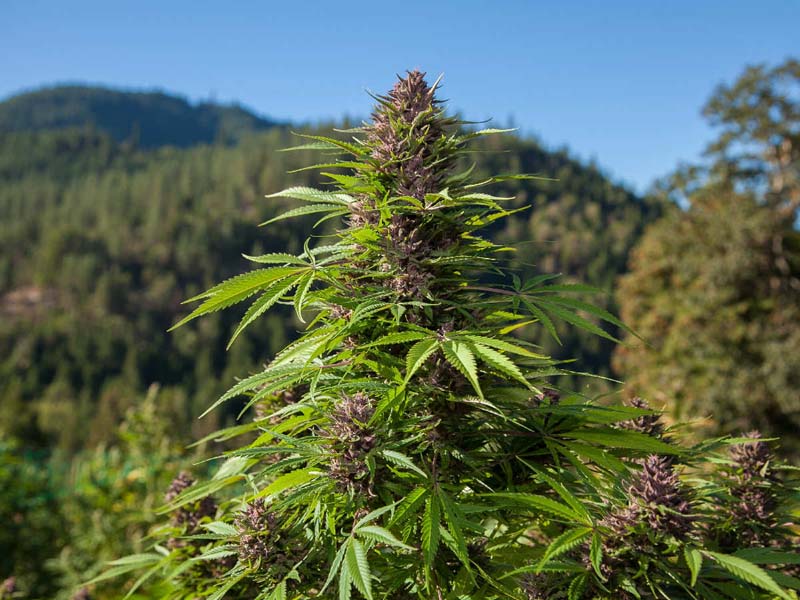 The province is home to over 8,500 growing for medical purposes, but less than 200 licensed producers, with 75% of consumers buying cannabis under the table. Recreational legalization has struggled to disrupt an entrenched legacy market, where a better-quality product can often be found at a lower cost. This is largely thanks to the passion, knowledge and skill from the legacy market, where innovators have been able to hone their expertise through experience and elevate the industry to new standards.

This is not only true of British Columbia’s cultivators, but also the companies that support their operations. In 1999 Centurion released the first cannabis tumbler trimmer, the first solution to replicate manually trimmed flower. Over two decades CenturionPro has developed its elite harvesting technologies, alongside the province’s thriving cannabis community, with Dual-purpose Hybrid Tumblers and Triple-bag Kief Collection systems. Today the company has developed an industry leading solution for every size grow, from TableTop trimmers to industrial machines capable of processing up to 3,000 lbs of wet cannabis or hemp per hour (600 lbs dry).