The Emerald Triangle of Northern California is celebrated for its cannabis cultivation, producing the majority of flower consumed in the United States. Nestled in the remote coastal mountains beside the Pacific Ocean, the region comprises Humboldt, Mendocino and Trinity counties – with the former home to over 8,000 cannabis farmers alone.  Cannabis plants in the legendary location have been rumoured to grow 15 feet tall, with flower so revered that farmers often attach a proof of origin label. A branding tool leveraged in the wine industry; growers have adopted the ‘Emerald Triangle’ appellation in the hope of profiting from the location’s prestige.

The region’s illustrious reputation for artisanal cannabis is rooted in the countercultures of the fifties and sixties. San Francisco was the epicentre of both the beat and hippie movements, with thousands of flower children migrating west to join the social revolution.  Advocating for greater civil rights and embodying liberal values, cannabis consumption was prevalent within the transient communities and formed the foundation of American cannabis culture.

As the Summer of Love faded, bands of bohemians migrated up the Californian coast in the ‘back-to-land’ phenomenon. The dream was of a self-sufficient agrarian lifestyle, with profound relationship to nature and independence from the state. Many of the communes that relocated to the secluded mountains of California grew all their own produce, with cannabis proving to be a highly sought-after and lucrative cash crop.

To establish the Emerald Triangle as the beating heart of cannabis cultivation in the United States, the back-to-land initiative dove-tailed with another famous hippie migration – the hippie trail. The hippie trail was a backpacking route across Eurasia to Hindu and Buddhist pilgrimage sites of India, seen as a spiritual and cultural rite of passage. Starting in Europe, caravans of free-spirited westerners would travel through Turkey, Iran, Afghanistan, Pakistan and Nepal, before arriving in India. The treacherous odyssey frequently crossed the Hindu Kush mountain range, largely seen as the ancestral home of cannabis – particularly kush genetics. As the flower children traversed central and south Asia, they collected seeds from their favourite cannabis strains, which were then exported back to the Emerald Triangle.

Coincidently Northern California sits on a latitude close to the Hindu Kush, at approximately 37 ° North. This enabled transplants from the Indian subcontinent to receive similar daylight hours and flourish in their new home.  In the growing season temperatures hover between 15°C and 25°C, with proximity to the Pacific Coast providing air circulation conducive to cannabis cultivation. The Mediterranean climate and rich soil are so productive that California supplies over a third of the country’s vegetables, in addition to two-thirds of its fruit and nuts.

The richness of the coastal ecosystem, combined with geographic parallels to the Hindu Kush, created an environment ideal for cannabis farming. This naturally fertile location was then supplemented by the nurture of its stewards. Farming in isolation with a limited gene pool inspired the acquisition of strain-specific knowledge, which empowered growers to accentuate desired characteristics – such as cannabinoid and terpene profiles.

This expertise was often paired with an awareness of the region’s ecosystems, such as its microclimates, pests and pathogens, to further enhance flower quality. For decades growers enhanced the imported genetics by rigorously selecting the best cultivars for breeding programmes. By handpicking phenotypes acclimatized to Northern California, the Emerald Triangle essentially became a living seed bank tailored for local cultivation. This ingrained intelligence elevated Emerald Triangle cannabis in the unregulated market, with the creation of the California’s medical framework only amplifying the regions’ allure. 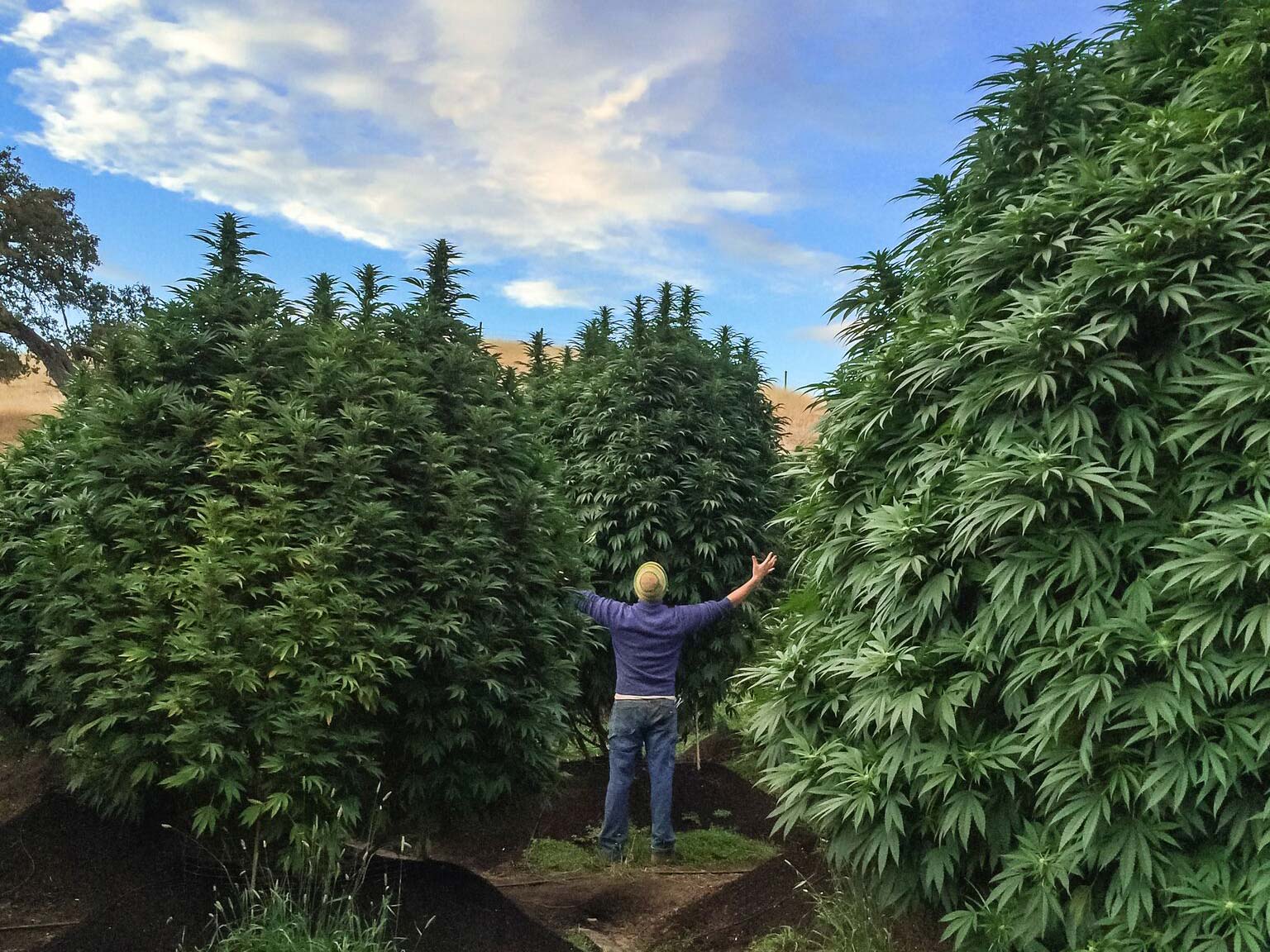 When Proposition 215 legalized the cultivation and consumption of medicinal cannabis in 1996, the framework afforded growers greater protection than elsewhere in North America. Off the back of novel regulations the local industry boomed, with cannabis cultivators from across the globe converging on California to participate in the burgeoning market.  As a result of the state’s sympathetic and progressive cannabis laws, the Emerald Triangle had not only amassed generations of homegrown experience, but was now attracting the best talent from elsewhere. By this time, the region had established its place in cannabis folklore, with its notoriety and counterculture connection enticing others to continue its legacy.

The marriage of cannabis culture and climate was crucial to create the Emerald Triangle brand, but it was the passion of the people that propelled its prestige. Over fifty years’ experience in Californian cannabis cultivation has produced quality standards that are rarely found elsewhere, as they either lack the environment or expertise. It is this well earned and hard-fought reputation that the proof of origin initiative seeks to protect. Terroir undoubtedly impacts cannabis quality, as it impacts grapes and the resulting wine. What is less certain is whether marketing appellations will significantly impact buying patterns, when most commercial cannabis is grown indoors.