Home » The healing power of hemp

The healing power of hemp

Despite a push for greater sustainability, 84% of the world’s energy remains produced by fossil fuels. Last year oil consumption and carbon emissions reached record highs, driving climate change and environmental damage.  Warnings from the UN about ‘the point of no return’ have been ominous, but efforts to curtail climate change have been toothless. As a result 2020 is set to be one of the hottest ever, with rising temperatures blamed for wildfires that ravaged cannabis farms across the US.

The use of plastic significantly inflates our collective carbon footprint, with petrochemicals responsible for roughly 14% of the oil consumed. Traditional plastics take over 400 years to decompose and release toxins into the environment, which eventually enter the food chain.  Sadly plastic production is forecast to surge 40% in under a decade, with 1.3 billion tons destined for landfills and oceans by 2040. To protect the planet for future generations, we need to adopt biodegradable solutions and take action to reverse the destruction done.  Harnessing the healing power of hemp can do both, by providing sustainable alternatives to fuel, plastics and textiles, and through phytoremediation.

A force for phytoremediation

Phytoremediation is the process of plants removing contaminants from the environment, with hemp absorbing oil spills, heavy metals and even radioactive waste. The plant’s ability to cleanse its surroundings is so revered that hemp was sewn in the aftermath of Chernobyl,  one of the worst nuclear disasters in history. Hundreds of farmers also planted hemp to purify land polluted by a neighbouring steel works, with hemp proven to efficiently store heavy metals in its leaves. While other crops provide phytoremediation, few grow as quickly or have as deep root systems as hemp, which makes it perfect candidate to restore tainted ecosystems.

By accumulating impurities in its cells, hemp acts as a chemical cache and carbon sink, which lowers the concentration of carbon dioxide in the atmosphere. Sowing hemp is more ecological than typical remediation methods and considerably cheaper, with ‘pump and treat’ systems costing over $3 million to install. Although hemp planted for phytoremediation purposes cannot be ingested safely as medicine or food, it can still be processed into several sustainable by-products.

A portfolio of products 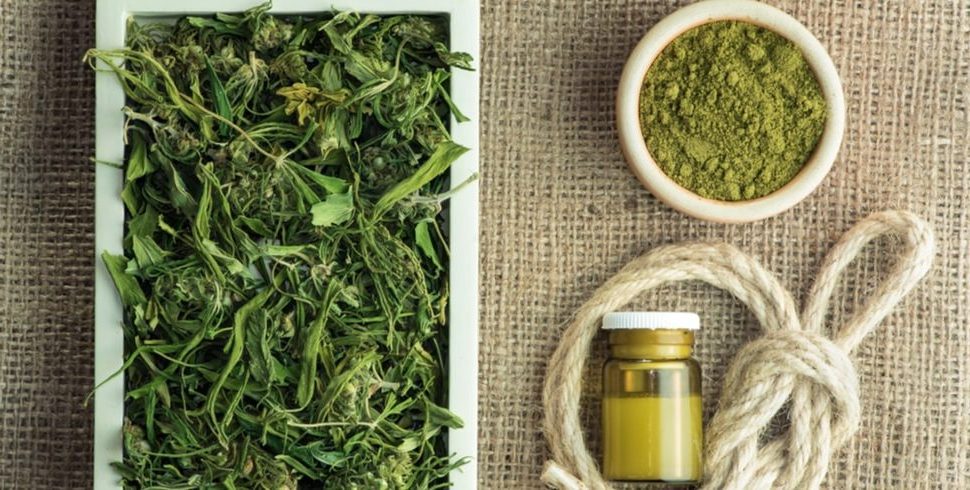 Hemp contains high amounts of cellulose that can create bioplastics over three times stronger than regular plastics and take just six months to decompose. Unfortunately, substantial production costs remain an obstacle to adoption, with a lack of processors pushing up prices. As the supply chain to produce conventional plastics is so advanced by comparison, bioplastics can only currently compete when oil rates are high.

Hemp was used as fuel for centuries before petroleum became the industry standard. Today, thanks to technology and the plant’s declassification, hemp can be converted into a sustainable biofuel capable of running a standard diesel engine. By growing hemp for phytoremediation and then converting it into biofuel, carbon emissions can be reduced throughout the plant’s life cycle.

For every tonne of hemp grown, approximately 1.6 tonnes of carbon dioxide is removed from the atmosphere. This can help reduce the pollution caused by plastic manufacturers, which create five tonnes of carbon dioxide for every tonne of plastic. A copious amount of this plastic is used by the fashion industry, the world’s second largest polluter, rebranded as polyester or nylon. Synthetic fibres create microplastics when washed and release toxins as they degrade, with North Americans discarding 10 million tonnes of clothing every year. Hemp can provide a sustainable substitute to manmade fabrics and even cotton, as the crop requires 50% less water to grow and produces two and a half times more fibre.

Hemp has the potential to create green alternatives to plastics, textiles and fuel, which significantly contribute to carbon emissions. In addition to reducing our collective carbon footprint in the future, hemp’s phytoremediation properties can also heal environmental damage of the past. However, as the plant has been outlawed for much of the past century, hemp products struggle to compete against established supply chains, many of which rely on fossil fuels. To reduce the cost of hemp commodities and increase their commercial viability, hemp cultivation and processing needs to be adopted globally on an industrial scale.