Cannabis farmers rely heavily on the environment, which can be their best friend or worst enemy. To prevent pinning their livelihood on just one harvest, many growers push for multiple yields in a single season. To accelerate crop turnover, some opt for autoflowers or strains developed for flowering cycles under two months. Others employ hands-on tactics, such as covering plants to reduce daylight hours and accelerate flowering. Often by combining these techniques, farmers can expedite growth cycles to produce multiple harvests in a single year. However, no two years are the same and an additional harvest may just provide protection in a worst-case scenario.

To harvest or not to harvest?

In 2020 wildfires have scorched over five million acres across the west coast, while freak snowstorms devastated crops in Colorado. Hundreds of cannabis growers in Humboldt and Mendocino counties were forced to evacuate, leaving plants without irrigation in the midst of a heat wave.  California’s Growers Association predict wildfire losses could reach hundreds of millions of dollars, but with the situation ongoing it’s too early to know the full damage. This is especially true as harvested flower can take months to reach the market, if it evades toxins carried by the smoke and passes regulatory testing.

In September, the heat wave combined with strong winds to create new fires and develop active blazes along the coast. By October, wildfires in Oregon had destroyed at least seven cannabis companies and ravaged dozens more.  For those lucky enough to not lose everything, wildfire smoke prevented sunlight from reaching plants, with cannabis crops weeks behind where they should be. Some anxious growers are now rushing flowering to finish early, while others hope the weather holds throughout October.

This is more likely in Southern California, with weather forecasts in Washington, Oregon and Northern California predicting low temperatures late in the month. If plants are subjected to temperatures below 35 °F for too long, the damage could be devastating.  This is the reality less than 2000km away in Colorado, where heavy snow fell in early September. Too early to harvest, whole crops could be destined for extraction instead of the flower market – at a significantly lower price. Colorado’s cannabis farmers are now desperate for the temperatures to rise, for plants to finish as intended.

Climate volatility across the United States leaves many cannabis growers facing difficult decisions. Do they harvest stunted crops now and play it safe? Or, do they leave plants in the field and pray temperatures don’t lay waste to the entire crop?

To help growers impacted by weather patterns on the west coast and in Colorado, a summary of October’s forecast can be found below:

Northern California is predicated to have a warm start to October, with highs of 100°F and lows of 50°F. Temperatures should drop slightly as the month progresses, to highs of 85°F by the 15th and 75°F by the end of October. Lows may hit 50°F by the middle of the month, where they could linger until the start of November. The August Complex wildfire is still raging in the Mendocino and Shasta-Trinity National Forests, which could spread throughout the fabled Emerald Triangle and other cannabis regions in the state.

In Southern California highs of 100°F will steadily fall throughout the month, to 85°F by mid-October and 75°F by November. Lows will also see a steady seasonal drop, from 70°F at the start of the month down to 50°F by November. The Bobcat fire is still burning in the Angeles National Forest and across the San Gabriel Mountains, with sporadic fires elsewhere.

Temperatures will fall to highs of 70°F and lows of 45°F by the middle of October.  This affords growers in the state at least of couple of weeks of a tolerable climate. However, by the end of the month highs will dip as low as 60°F and bottom out at 35°F. The biggest danger continues to be wildfires across the region, with the season already one of the most destructive on record.

Washington starts the month with highs of 80°F, but these highs will drop to 60°F by the middle of the month. Lows will also see a steady drop, from 55°F down to 35°F by month end. In the region crops continue to be damaged and delayed by wildfire smoke, but growers may need to harvest sooner rather than later to avoid the first frost.

Colorado temperatures are forecast to rise slightly before falling sharply. Highs of 80°F at the start of the month, could be replaced by highs of 60°F just a week later. Lows will hover around freezing from the middle of the month onwards. Plenty of sun has been forecast, which could be vital to plants recovering from September’s snowfall, but frosts could compound the damage. 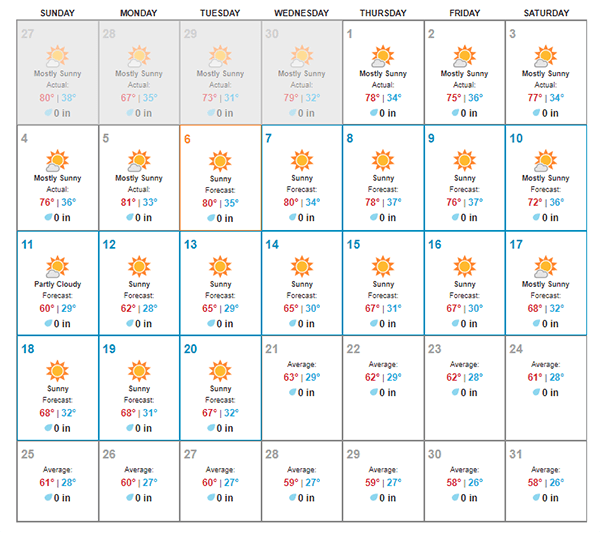 It should be noted that forecasts are simply projections and are far from guarantees. With climate change an ongoing challenge, this year’s events underline how reliant outdoor farmers are on forces beyond their control. They need to strategize for every situation and be ready for whatever nature throws at them. This includes aiming for multiple crops and having harvesting solutions in place, so growers can act upon split decisions at critical times.

CenturionPro is here to help

We understand that the best thing we can do to help at this point is to have machines available and ready to ship for those looking to push their harvest a bit late this year.  By using CenturionPro bucking and trimming machines, you can harvest crops quickly without sacrificing quality.  This will allow growers to reach market timely even with a late harvest.

With much of our competition being sold out or experiencing lengthy lead-times, we have managed to reduce lead times down to just 1-3 business days on all standard cannabis trimmers and buckers.  This has taken a tireless effort by our Warehouse and Admin teams.