Home » Emerging markets in 2021 and beyond

Emerging markets in 2021 and beyond

Igniting a beacon of hope at the end of a difficult year, the United Nation’s Commission on Narcotics removed cannabis from its list of dangerous drugs. This formally recognized cannabis’ medicinal value, with the UN’s seal of approval holding symbolic significance and supporting sweeping global reforms.  Prior to the vote, 42 countries from all corners of the world had legalized medical use, with spending outside the US and Canada nearly doubling in 2019 to $568 million.

On the back of the UN’s historic decision, the international cannabis market is expected to expand at a compound growth rate of 21% – to reach $47 billion by 2025. First movers in new markets can secure a distinct advantage, by adopting best practices and avoiding pitfalls from other regions. As we look ahead to 2021, below is a compilation of existing and emerging markets poised for substantial growth in the future. 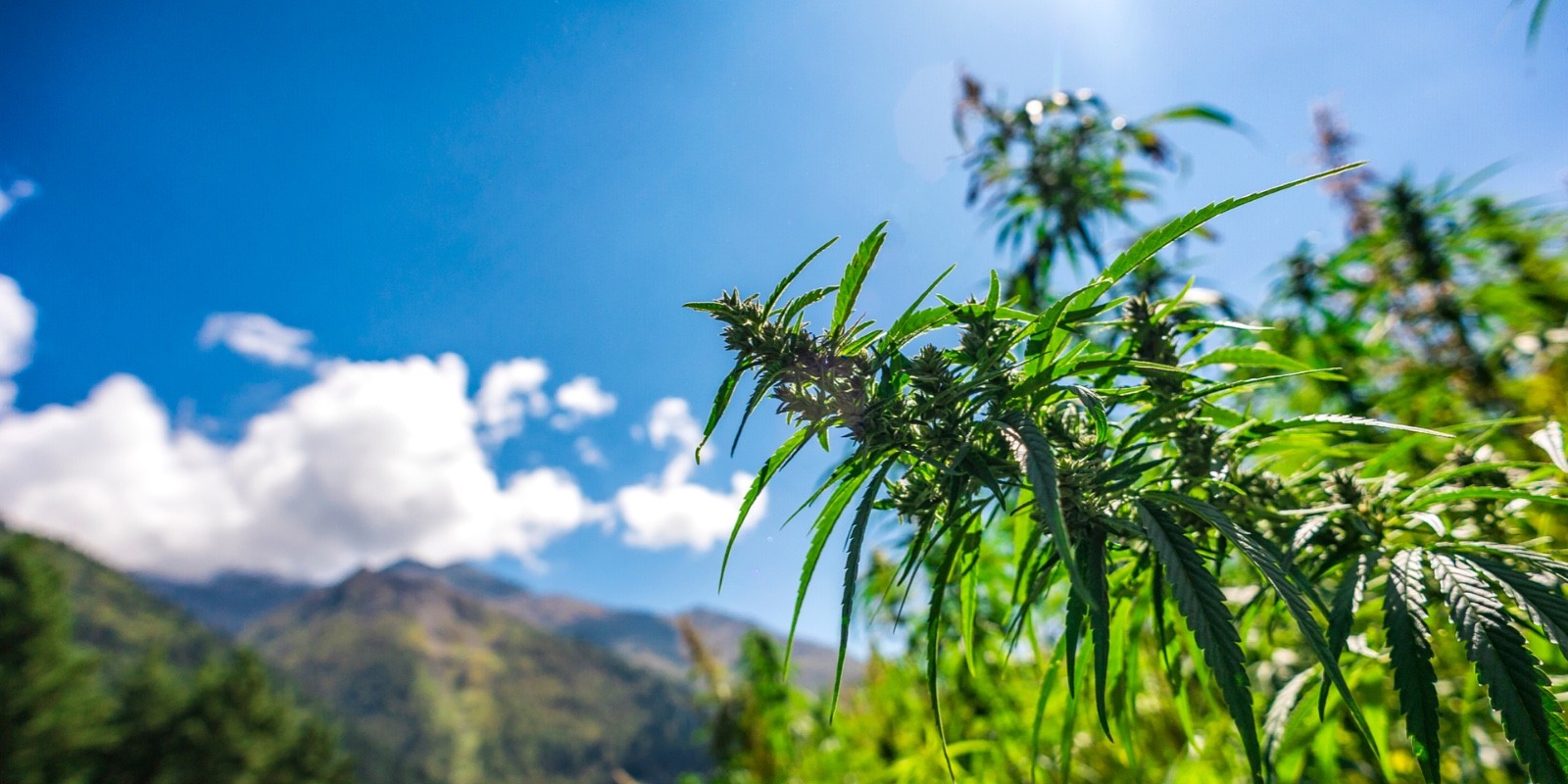 Malawi
In February Malawi legalized the cultivation, sale and export of medicinal cannabis, to combat waning demand for tobacco and boost the economy. As one of the world’s poorest countries, cannabis could provide Malawi a lucrative cash crop, with cheap land and labour conducive to profitable exports. Since the announcement to create a medicinal framework, more than 100 license applications have been submitted, which could see Malawi Gold in dispensaries worldwide.

Republic of South Africa
In 2018, South Africa established a medical market and decriminalized recreational use. Ahead of this year’s UN vote, the nation formally descheduled CBD and THC, with the caveat that they must be produced in pharmaceutical-grade facilities. This significantly raises the cost of entry to approximately $200,000, suggesting the fledgling industry will be geared towards export markets and overseas investors. With global ambitions, the value of the country’s cannabis industry is expected to reach $23 billion by 2023.

Zimbabwe
Since the Zimbabwean government announced plans for a medicinal industry, over 44 cannabis licenses have been issued – with many growers partnering with foreign investors. The treasury forecasts sales to reach $1.25 billion in 2021, based on tall estimates that producers can cultivate $40 million worth of cannabis every month. To profit from the green rush, the country’s administration intends to tax cannabis products up to 20%, which could damage competitivity and deter investment in favour of other markets.

Australia
Roughly 40,000 Australians accessed medical cannabis in 2020, with sales expected to reach $70 million by year end. Research revealed 36% of Australians use cannabis, which indicates a potential market size of 9 million consumers. Although recreational use is banned at the federal level, possession and cultivation is legal in the Australian Capital Territory. A growing number of Australians support cannabis reforms, with the majority backing legalization for recreational purposes. This shift in public opinion, alongside territories that have already approved non-medical cannabis laws, indicates a nationwide recreational industry may be created before long.

Israel
An established leader in cannabis research and development, Israel has 70,000 medical users that spend $223 million annually. The nation recently unveiled plans to create a recreational industry in 2021, to disrupt an unregulated market worth $1.7 billion. With legalization on the horizon, investment has started to flood in, as cultivators gain approval to export medical cannabis across Europe. The Israeli cannabis industry has considerable potential at home and abroad, but is dominated by multinational corporations.

Lebanon
In spring Lebanon became the first Arabic state to legalize medical cannabis. The country is the world’s third largest hash producer, after Morocco and Afghanistan, and has a long-established cannabis culture. Lebanon’s Bekaa Valley is as infamous as the Rif or Hindu Kush for cannabis cultivation, with producers eager to cash-in on its notoriety. Legalizing medical cannabis could add $1 billion a year to the country’s ailing economy, with the Lebanese government likely to open the industry up to foreign investment.

Thailand
Thailand was an early adopter of medicinal cannabis, with the industry set to surpass $660 million by 2024. The government invested $4.2 million in its first licensed growing facility and removed cannabis leaves, seeds and fibre from its list of narcotics in November. This enables the production and sale of infused products from authorized growers, setting the stage for the first recreational market in South East Asia.

Trinidad and Tobago
In 2021 Trinidad and Tobago, the largest Caribbean economy, is due to establish a framework to grow, sell and export medicinal cannabis. The Cannabis Control Bill is currently under review by parliament’s Joint Select Committee, which must deliver its report by the end of this year. The proposed legislation allows non-citizens to own up to 70% of a cannabis business, which paves the way for outside investment to profit from outdoor farming.

Saint Vincent and the Grenadines
Saint Vincent and the Grenadines (SVG) has some of the most progressive cannabis laws in the Caribbean, with possession up to 56g decriminalized and medical products widely accessible. In March, the government unveiled an amnesty program to move legacy growers into the legal industry, alongside cannabis banking reforms with the state-owned financial institution. This presents exciting opportunities for cannabis investors, with the ability to legitimately move capital and cannabis between SVG and other jurisdictions.

Germany
Despite its infancy, Germany’s medicinal market is the third largest in the world. The country is one of the largest medical cannabis importers, with sales surpassing $90 million in the first half of 2020. Of the major cannabis mergers and acquisitions in Europe, 80% involved businesses based in Germany, with Canadian companies holding 10 of 13 cultivation licenses. The first domestic harvests from Aphria and Aurora are expected in 2021, but supply may still struggle to meet demand, with the market expected to exceed $9 billion by 2028.

Luxembourg
Luxembourg is positioned to host European’s first recreational cannabis industry, after the government published its legalization blueprint in February. Under the plan, only two domestic producers will initially be licensed, closing out foreign competition. However, the new recreational industry could present opportunities for investors in the future, as a catalyst for reforms in neighbouring France and Germany.

The Netherlands
Cannabis laws in the Netherlands have been hazy for decades, with sale and consumption illegal but widely tolerated. In December, the government held a draw to select ten recreational growers for a pilot study. By March, those chosen could be the first in Europe to legally grow cannabis for adult-use, supplying nearly 80 stores across the country.

Spain
Spain was one of the first to decriminalize cannabis possession and cultivation, with private cannabis clubs established nationwide. Five companies are currently growing cannabis for medical purposes, with four exporting products globally. As the Mediterranean climate lends itself to cannabis cultivation, Spain has become a hub for legal and legacy growers, with nearly half a million unlicensed plants confiscated since 2019.

Switzerland
Switzerland was an early adopter of medical cannabis, with over 600 businesses selling low THC products since 2017. Earlier this year, the lower house of the Federal Assembly approved a pilot program to cultivate and sell cannabis for recreational purposes. The pilot is designed to collect data ahead of a national referendum, which could see a recreational industry established in 2022.

Canada
In October 2021, on the third anniversary of legalization, Health Canada is expected to review and, if necessary, amend existing regulations. Since the recreational industry was established, over 1,200 stores have opened selling products from more than 60 licensed producers. Despite this apparent success, pain points exist that the review could solve, such as high taxation, low cannabinoid limits and the absence of consumption spaces. If amendments are made to the country’s cannabis laws, they could create significant commercial opportunities for the nation’s producers and auxiliary businesses.

Mexico
Mexico’s Congress of the Union was expected to legalize cannabis by December 15, but debating the proposed bill has now been delayed until February 2021. This is the third time the deadline has been pushed, to the chagrin of those awaiting the world’s largest cannabis market. Once revisions to the bill have been made, it will go back to the Senate before being ratified by the president. A governing body would then need to be created to regulate the industry and authorize its participants. With a population of 125 million and a climate suited to outdoor cultivation, Mexico is poised to be a major player in the global cannabis industry – eventually.

The United States of America
U.S cannabis sales could represent 72% of global sales by 2025, but may require a federal framework to do so. In November’s elections five states passed cannabis reforms, with New Jersey, Arizona, Montana and South Dakota voting in favour of legalization and Mississippi creating a medicinal market. 1 in 3 Americans can now access legal cannabis, yet it remains illegal at the federal level. The House of Representatives recently passed a bill to decriminalize cannabis nationally, but it may not be endorsed by Senate. For progress to be made, the Democrats may need to win both Senate runoff elections in January 2021.

Argentina
Argentina’s cannabis market could surpass $35 million by 2024, thanks to amends that introduce additional producers and improve accessibility. Previously, medical cannabis was only approved for drug-resistant epilepsy, but can now be prescribed at the discretion of physicians. As the only South American member of the Pharmaceutical Inspection Cooperation Scheme, Argentinian medicinal cannabis products may be more desirable than other regional exports.

Columbia
Colombia is one of the world’s most anticipated emerging cannabis markets, attracting over $500 million in foreign investment. Investors have been enticed by the country’s equatorial climate, suited to year-round cultivation, coupled with trade-agreements that underpin lucrative export opportunities. Columbian companies were some of the first to ship cannabis to Europe, with exports expected to be worth $3 billion by 2030. Due to this potential, of the 160 companies with cannabis licenses 70% are owned by foreign investors.

Uruguay
Uruguay was the first nation to legalize cannabis, but the country’s industry may better serve global markets than its own. In October, flower grown in Uruguay become available on Germany’s medicinal market, indicating that European markets could be supplied from Latin America, where production costs are significantly cheaper. Flower from Uruguay has been valued domestically at $2 per gram, then sold to Germany pharmacies at $11 a gram, creating significant profits. Uruguayan companies could also provide logistics services for the cannabis industry, with the ability to import bulk shipments and dispatch products worldwide.